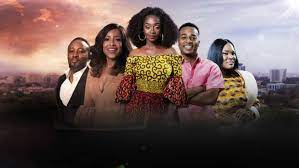 Reality shows have so much impact on modern society, especially young people. Statistics indicate that reality shows affect how people view real-life situations. Most of the reality shows airing on Akwaaba Magic TV are also being streamed on Showmax. Some shows have been airing for a long while others were introduced recently. Some of the famous shows being aired this year include GH Queens, Tanko villas, rock that Aisle again, To Have and To Hold season two, and Dede season two.

GH Queens is a trendy, aggressive reality show featuring four beautiful young ladies. The show involves careers and disagreements as the actors’ team up together to work on their interests and other association being destroyed to see who wins the war of brands and words. These ladies grace the entertainment scene with their craft and extensively publicize social media platforms and all the stories surrounding their lives. Some of the celebrities and reality stars featured in this show include Efia Odo, Sista Afia, Abyna Marie, and CocoTreyy. Ayebea Darko is the director of this interesting show.

Rock That Aisle Again is a new reality show series that takes all the viewers on a stylishly sensitive journey with brides whose weddings were held around five or more years ago. The aim of this show is to accords the past brides a better experience compared to the previous ones. Actress Sika Osei hosts this show. The brides rely on famous gown designers who come up with other wedding gowns as the brides re-plan their weddings and walk down memory lane again.

Tanko reality show that started premiering on show max on 17th April 2022. This show involves tenants living in Tanko Villas, and the landlord, Mr. and Mrs. Tanko, has a set of simple rules. These rules seem so complicated to the tenants and very hard to follow. Tanko Villas’s comedy-drama show features Roselyn Ngissah, Nikki Samonas, and the famous Ghanaian comedian and actor DKB. The confusion and drama surrounding the rules and the communal living measures lead to this interesting drama and all its exciting episodes.

To Have and To Hold Season-two

To Have and To Hold is an exciting Ghanaian drama series that features Lydia Farson, Naa Ashorkor, and Zynnel Zuh. The second started airing on 20th April 2022, and so far, the show has received so much viewership. One of the trios is ambitious, while the other is ever optimistic, and the last one is fun-loving. They are all dealing with all the troubles they encounter in life at home, such as a dishonest husband or at work. The reality show is based on gender equality, sisterhood, and traditional marriage practices, among other scenes. Season two has so much drama and twists. To Have and To Hold Season-two is directed by Ivan Quashigah and is also featured in Adjetey Anang, Kweku Elliot, and Elikem Kumordzie.

Dede reality shows feature Joselyn Dumas, Adjetey Anang, Anita Erskine, Gloria Osei-Sarfo, Lydia Forson, and Godwin Namboh. The trials and misfortunes of this drama series continue in the newly launched season. Dede is a poor girl who is tricked into leaving her life behind and work for a complex, rich family as a house help. She falls for Michael, the youngest son, and the emotional love story between the two makes the show more interesting to watch.

Rama Robertson reveals her intentions to step back from the family business, and she has to choose a successor. Shirley Frimpong-Manso is the director of this show. You should not miss this drama series.