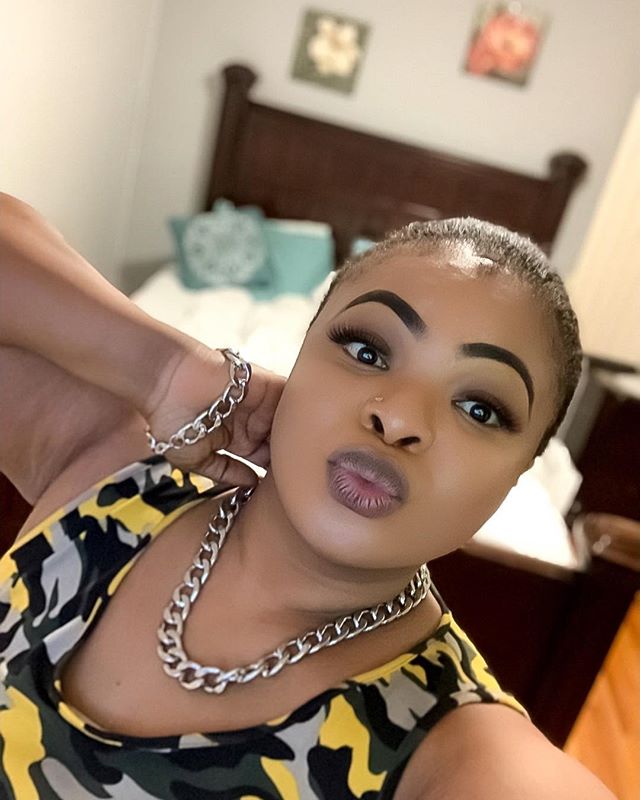 Popular Nigerian Actress and Singer Dayo Amusa dropped a bombshell warning people to keep off her DM if they are not offering money, business or hooking her up with money-making links.

She noted that it was not okay for people to keep inboxing her with unnecessary messages.

After the post, one of her fans enquired “how much it would cost to be with her for a night?” She replied telling the fan that his generation would not afford it.

Another fan notified the actress that she was not among the best actresses and that she should count herself lucky for receiving the DM’s.

Dayo Amusa caused quite a stir on social media a while back when she posted her HIV status on her Instagram page. In a recent interview, she revealed why she publicized her status.

In her own words: “What I posted was just a random thing. I just felt I should encourage people to go for their HIV test, to know their status, so they can know what next to do and go for medical advice if necessary. If mine was positive, I would have still posted it but might not be just at that particular moment. For me, being positive is not the end of the world and it doesn’t stop you from living a normal life. You don’t have to die before death comes. ”

5 Phrases You Should Learn Before Visiting Ghana

“You are nothing without Davido,” Chioma is told