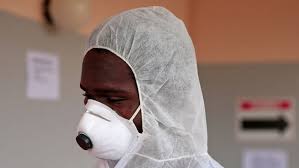 One of the 21 coronavirus patients in Ghana has died. The death was confirmed by the Ghanaian Deputy Health Minister Alex K Abban. The deceased was a Lebanese national and died at the Komfo Anokye Teaching Hospital aged 61. Abban reported that the deceased had reported to the hospital with fever and cough before testing positive of the virus.

Since Ghana reported its first case the government has banned all social gatherings including churches and mosques. People have been advised to avoid unnecessary movement. Government officials have also been banned from traveling abroad.

Earlier on there were reported that 7 of the 21 sick people had recovered. The reports were however dismissed by the Director of Health Services in Ghana.