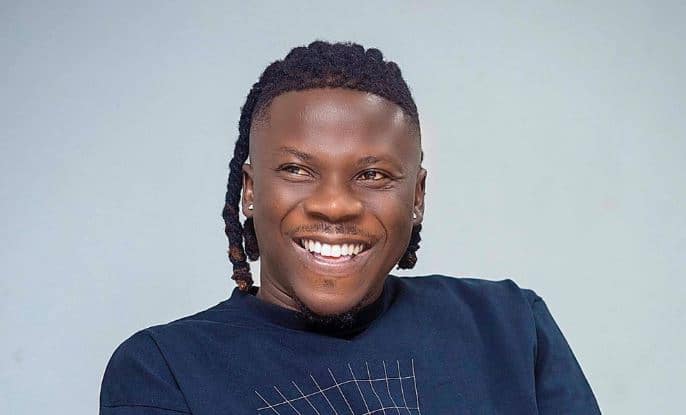 Ghanaian superstar Stonebwoy has revealed that he bought some votes to increase his chances of winning VGMA artist of the year. The star revealed that he spends about GHc 50k to help his fans vote for him. He bought airtime for his fans to vote for his name. While revealing this, Stonebwoy said that he deserved the award by both votes and merit.

Speaking in an interview with HITZ FM, he revealed that the organizers of the show took the money they had paid him to perform on the show since he could not perform. He said that they ought to have considered that he had incurred costs preparing to perform in that event.

According to Stonebwoy: “You have already spent on a $1000 suit and customized shoe. When you check my shoe, my name is always customized on there for every VGMA. They should have considered some of these things. Because I bought votes around GHc50, 000. I know I’m just being real. I bought credit (airtime) to share. Like GHc50, 000. I’m not even kidding. It was hands down. If you ask them, they know I deserved Artiste of the Year by votes, by merit, and by work.”

Stonebwoy is currently banned by the Vodafone Ghana Music Awards after fighting with Shatta Wale in that 2019 event. During the event things were so bad that he even pulled out a gun on Wale. The star has already gone over that and has recently released an Album called Anloga Junction which he has featured some of the world’s top stars. The album has so far been received well in Ghana and the world in general and so far has topped charts in Ghana. In a previous interview he revealed that more music will be coming this year despite the coronavirus setback.